Camera shots, camera angles and camera movements. The shot is the image that appears on the screen when the camera is turned on, and shot types vary depending on the size of the shot and the distance between the camera and the scene, and also vary according to the angle of shooting, as well as the direction and direction of the movement of the camera.
Each shot has a name and a familiar description between the director and the photography team, which facilitates the language of communication and guidance.

There are rules that are agreed upon by art production experts, but can not be considered Muslim but are essentially subject to the purpose for which they are designed.

Extreme Long Shot is one of the types of shots that give an impression of the location, geography, time of photography and the environment. The viewer understands the surroundings and prepares to see the whole event.
This snapshot is often used as a Establishing or master shot, paving the way for the following shots and events and actions. The picture is large and wide, and most directors prefer to start the artwork with this shot.
In the long shot, the human body is full, and the medium long shot is measured in the person from the knee or waist to the head.

Is one of the types of shots used to complete the establishment after the long shot, and is used as a transition point between the long shot and the close shot.
Is useful in demonstrating the development of interpersonal relationships.

This type of footage is of relative importance, and has its characteristics, including:

Focuses on something relatively small, such as the human aspect or part of it.

As they inflate the size of the thing, they tend to raise its importance and emphasize it.

This snapshot suggests a symbolic meaning or an important moment within the drama context.

The medium-close shot usually includes the head and part of the chest, and is often used in the case of dialogue.

After reviewing the types of shots and models for each type we deal with the types of movements of the camera.

The camera has 3 ways to move:

Rotate the camera with the cradle fastness (rotate up, down, right, and left).

Move the camera stand (forward, backward, right, left, up, and down).

Move the camera lens (zoom in or out).

The vertical movement is called a tilt-up, often suggesting ambition.

This movement is usually used to connect two objects, to look at a metamorphic object such as a landscape, as a starting point for the beginning of a work, and sometimes to use a two-shot jump.

The camera movement is called Dolly out.

Interface mode: The camera in front of the person (or scene) is the most powerful and clear.

Put three quarters: between the side and the facade, and many of the directors preferred.

Side mode: The camera visualizes the person from the side.

Quarter Mode: Between Side and Back.

Rear mode: The camera behind the profile.

Is the most commonly used angle in television photography, where the camera angle is at the same level as the person.

The camera is placed in a high angle, naturally raised, that does not distort the view of the place, and may be placed on a natural crane or high ground.

This angle is used to give the viewer a sense of the weakness of the person being filmed and insignificant, as this angle suggests monotony as it reduces the height of objects and slow motion.

The camera is placed at a low angle, so the viewer looks up, giving an indication of the importance and position of the person who can be placed in a dominant position.

In this shot, the vertical axis of the camera is tilted. This shot usually takes place in scenes of violence, confusion, disaster, imbalance, loss of emotional balance, or despair and sugar. 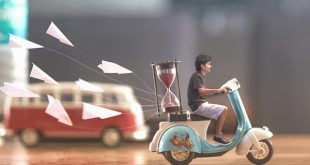 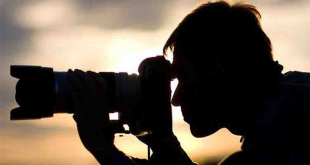 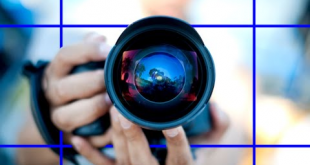 The Art of Photography | lessons, models and articles 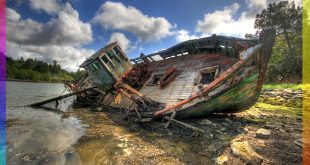 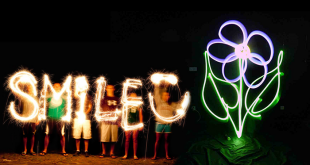 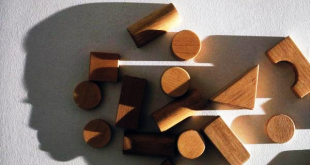