In this Sony Vegas Pro course, we continue to explain the effects of old films, embossing and newsprint effects, Stabilizing effect, work frames and 3D shadows, and add timestamp and mask generator.

This lesson explains the effects of old movies and simulations of old TV simulators, including:

gives the effect of random granules on the image, while controlling the value, size and color of the granules.

Shows lines and grid, with control of number, size, visibility, magnification, phosphoric effect, and control of the rise and fall of illumination.

In this lesson, we present in the Vegas editing course for the effects of prominence, engraving, sharpness and newspaper papers.

The lesson includes the effects:

As well as control the level of diffusion of colors, and control the colors of pixels with different software systems, which lead to the formation and modification of image features.

It is also used to show the visibility and sharpness, work the effect of plastic drawings, control the lightening and darken the lighting.

The effect of newspaper and magazine leaves gives the format of print images to newspapers, magazines and printers, and determines the type of printer.

This lesson explains from the Vegas Professional editing course, how borders work around the screen with layer dimensionality control, and how to add 3D shadows to it, including:

It is used to make a window with the perimeter of the screen, with size control. Color, color and frame type (Solid Solid – Blurred – beveled).

Type of glow (internal or external), glow ratio, and color of glare.

This lesson from the Sony Vegas Vegas editing course explains how Time code works and how the mask generator works.

The filter displays a time display on the screen and has several formats selected from the Timecode format list.

This filter creates a mask in terms of lighting and basic colors, turns it into a transparent color, controls the shape of the mask (positive or negative) and the transparency system. 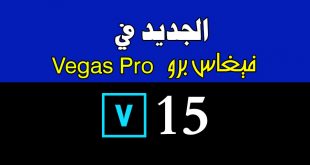